Showing posts from February, 2015
Show All

- February 28, 2015
I went to the Society of Australian Genealogists, (SAG), for a seminar on Immigration by John Cann.
John is from NSW State Records http://www.records.nsw.gov.au/staterecords/ and presented one of the most entertaining seminars I've been to. He used PowerPoint and had just worked out some if the different effects. These added to the presentation.

I learnt that there are some records for the Prison Hulk, that were moored on the Thames, held at the archives. These have the prefix HO, when you search. I can see that I will have to do some serious searching, on my next visit.

He mentioned the three types of Indents they hold; Bound Indents, 1788-1835; Printed Indents, 1832-42 and Irish Indents.  Use the Archives In Brief…
Post a comment
Read more

Faces from the Past, Friday. 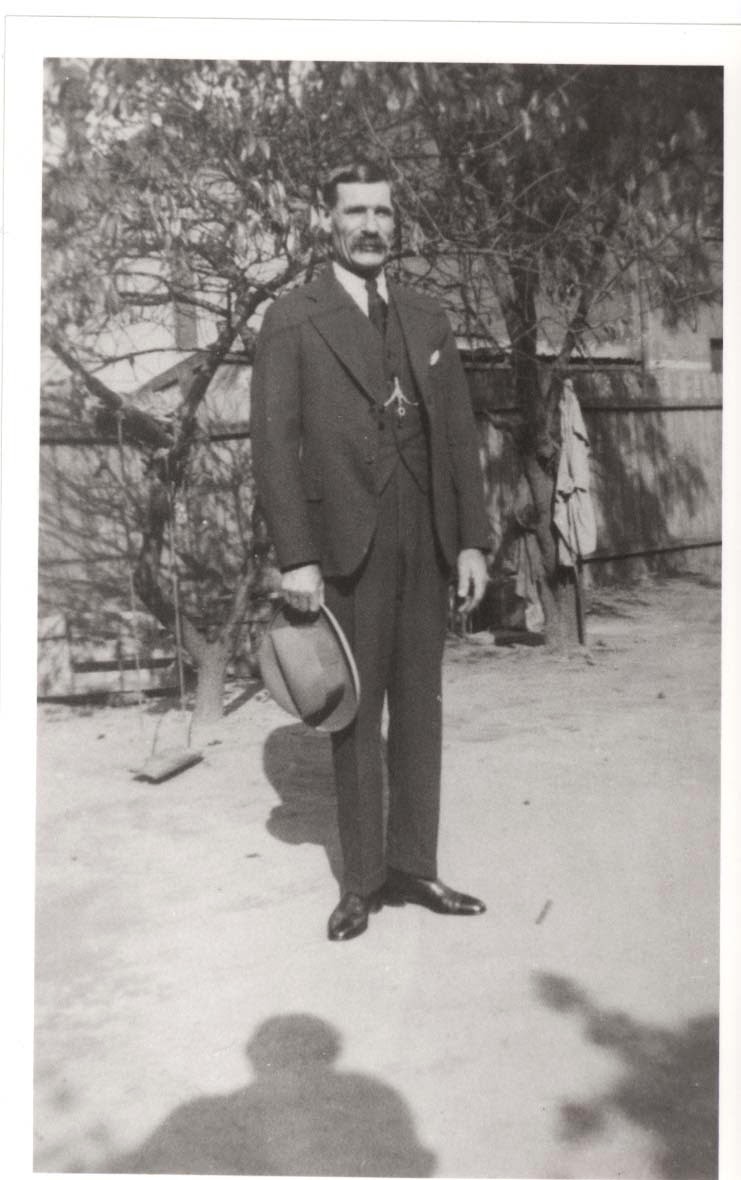 Faces, what do they tell us? Can we find any trace of our ancestors in our faces? We see a new baby and we say, he has so-n-so's nose, chin, ears as we look for a link to the past. Today I'm looking at my mum and her parents and then my husbands great grandfather.
Arthur Alfred Victor Galbraith Born 1884 Died 1965

Evelyn Maude Jasper Born 1885 Died 1932
Mum Born 1911 Died 2006
Samuel Hunter Magill Born c1844 Died 1928
Looking at these photos I think, what colour were their eyes?  Why and where  were these photos taken? Mum's eyes were blue, Grandad's I can't remember. Grandma's photo was taken at Katoomba. Mum's was on her first birthday. Some answers, still some questions.
Post a comment
Read more 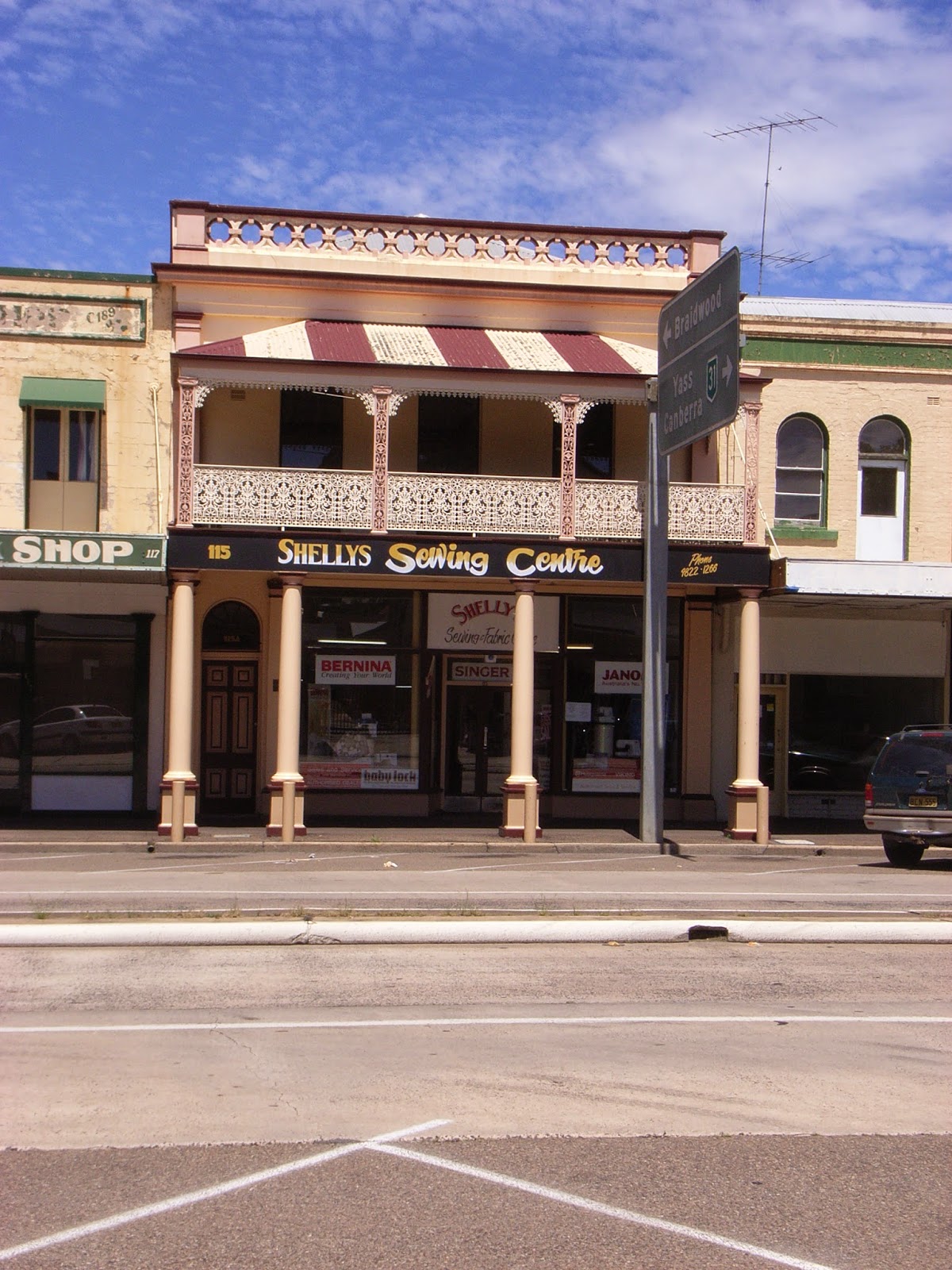 This is today's prompt from GeneaBloggers, so here goes.


Now a sewing centre, it was once the Salutation Hotel, where my grandfather, Thomas Abberton was the licensee. Situated in Goulburn, in Auburn Street it still has the beautiful wrought iron lacework. I went inside and it felt strange to be walking on the same floor that he had done.

This is a photo of a photo of the Mummel (Mummell) School that my grandmother, Louisa Nicolls, taught in from 1885 until she married in 1890. It is in much better condition, today and it lovely inside. You can still see the outline of where the desks were.

What is your Those places Thursday?
Bye,
Lilian

This one was run by the Royal Australian Historical Society (RAHS) and it was on land research- the Parish Map. Carol Liston, Associate Professor, University Western Sydney.

Carol gave a very informative presentation on Parish maps, giving an overview of how they came into being, what to look for on them and how to follow the numbers trail, (those written on the map). She also recommended looking at ALL editions of the map, so you can see the changes that happened. One thing to take note of, is that only the name of the ORIGINAL purchaser is on all of the maps, for other you need the numbers. The only names that changed where Crown land was leased.  You need both the Parish and County name to find a map and for that Carole used the Geographical Names Board web site. www.gnb.nsw.gov.au  select Search Place Names and follow the instructions. There is a Fact Sheet that is useful.

I have spent time re-reading all my posts from when I started and thought that I was repeating myself. I'm still trying to keep my filing cabinet tidy, my family history group is still going strong and the SAG writing group has grown. I also still have more questions than answers on some of my branches, but that is what family research is all about.

I looked at Thomas McEntee's site geneabloggers.com and like the hints he gives on how to write up your blog. Going to try his hint for each day and see how I go.

I then decided to do a search of the NSW  State Archives site. Picked a Keyname Search, entered Bryant, Magill and had it search. I brought up a long list of records but I selected the divorce records and BINGO! There it was a divorce between Bryant, Samuel and Bryant, Margaret. A couple of clicks more an I had ordered those records.

Research on the Magill side of the family.

- February 24, 2015
Well I suppose I'd better 'do' my husbands side, for awhile after all the information I've been finding on my side.

As you can see I have all but one year of death and yesterday tried to fill that in. No luck.

Okay, I'll look for her marriage and became more confused. There are two marriages of a Margaret A Magill, so which one is mine? Or maybe neither?

Margaret A Magill to Samuel N BRYANT, 1900 registered at Moree. There was a birth and death of a child, Charles in 1902.  There are two deaths registered of Samuel Bryant. One in 1904, Raymond Terrace  and the other in 1909, Charlestown.  Could they be him?

- February 17, 2015
Well that was interesting…
I was interviewed by Chris, of the Today Show, for Find My Past.
It all started with a request on Facebook and it has gone on from there. I was contacted by James, from the PR firm, to see if I was still interested and he organised an interview with Rebecca from the Sunday Telegraph. While the interview was done, politics got in the way of it being published.
Last week James rang and asked if I would be happy doing a TV interview, as the Today show had read/seen my interview and wanted to talk to me. More emails and phone calls and it was set.
Never having done this before I had no idea what to expect!
One van, one cameraman, one sound recorder, James and Chris, spent nearly 2 hours with me and it was fun, nerve racking but fun.
They moved furniture, set up chairs, lights and the camera. While they were doing that Chris and I chatted and were miked up, then it was all systems go. I was seated, facing Chris and on camera the whole time, while he asked a variety of…
Post a comment
Read more

I was looking for an uncle's charges and it was suggested that I look at them. Well...  What a mine of information they are, not all of it good.  I have found my grandfather being charged with desertion of his children, great-grandfather reporting two stolen horses, there is a reward and said uncle up on several charges.

I also discovered a mystery. One of my great-grandmothers was Mary Abberton, with of the above great-grandfather. She was a mother of 15, 13 raised to adulthood, 11 still living at her death in 1914. To me a remarkable woman. So while perusing the Police Gazettes I stumbled on an entry that has me very puzzled.
"Release of Prisoners, week ending 4 August 1861, from Goulburn Gaol, Mary Abberton."

Is this my ancestor? What was the charge? How long did she serve? Questions I'd love to find the answers for, so next stop TROVE.  There are two mentions, in the Goulburn Herald on the 8 May 1861 of a Margaret Abberton being sen…
Post a comment
Read more

Tomorrow is Valentines Day BUT it is also Library Lovers Day. With libraries suffering cutbacks,    why not visit your local library and see what is on offer. Apart from books, magazines and CD's my local library offers computer classes, free use of computers, story time for all ages and craft groups.
Go on, visit, you will be surprised.

Yesterday my Writing Group, through SAG, started back. We had been set a task of writing a very short piece on any of the 15 topics listed. It had to be about someone on our family tree. I didn't take part as I couldn't fit any of mine into the topics but those who did ha wonderful stories to tell. I am going to take another look at the topic list and see if I can write a couple of short pieces. Watch this space!

Well I'm of to the library, knitting group is on this morning!
Bye for now,
Lilian
Post a comment
Read more

- February 10, 2015
With my studies I am often asked for useful websites, to share with the group. These below are some I've 'played' with this week.

For those tricky phrases that we come across in some old documents. It does Latin to English and the reverse.

For when we find a really strange cause of death or illness. I love finding really peculiar causes and then discovering that they aren't that strange after all.

It is a portal to historical maps that are in
These are free but some would like you to log in. 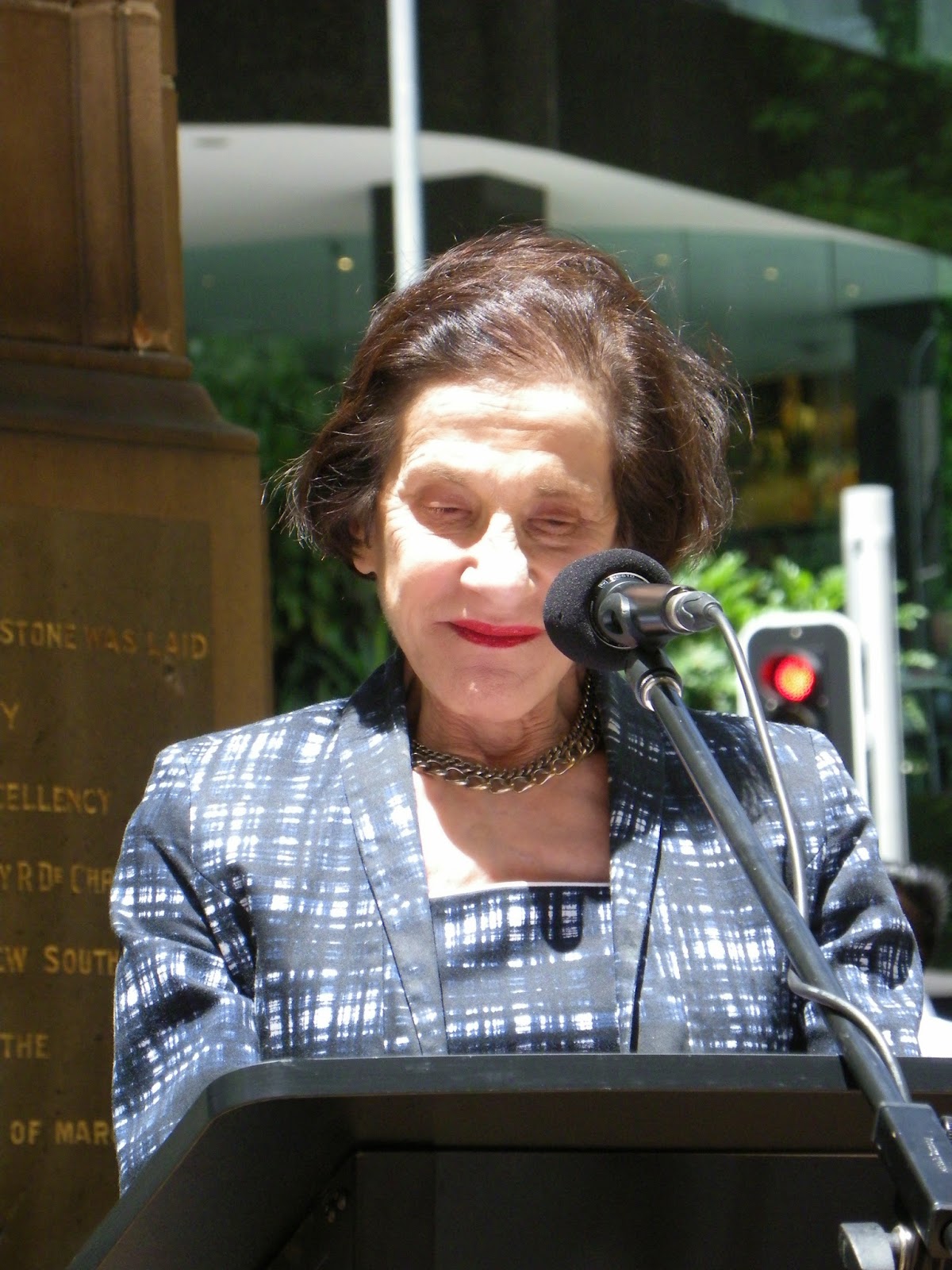 Yes, the date is correct! Yesterday was the 227th Anniversary of the first church service held in the Colony of New South Wales. Governor Philip's journal states that it was held under an 'old gum tree' but yesterday there was a service on the corner of Bligh and Hunter Streets. The Australia Christian Nation Association Inc organised it. The Rev Hon Fred Nile did the welcome and a prayer for the nation. Professor The Honorable Dame Marie Bashir AD CVO did the official welcome. Speakers mentioned how the service came about and one speaker broached the topic ' Does Out Heritage Matter?' A very  interesting talk.


The monument on the corner of Bligh and Hunter Streets, Sydney.